before my Core Box of Kingdom Death came in I couldn’t stand to wait for its awesome models. So I started to order some to do a bit of warm up painting.

I happened to come upon the one model of the range I always wanted to paint, since I saw the first pictures of Kingdom Death Monster:

The Rawhide Dame Pin Up 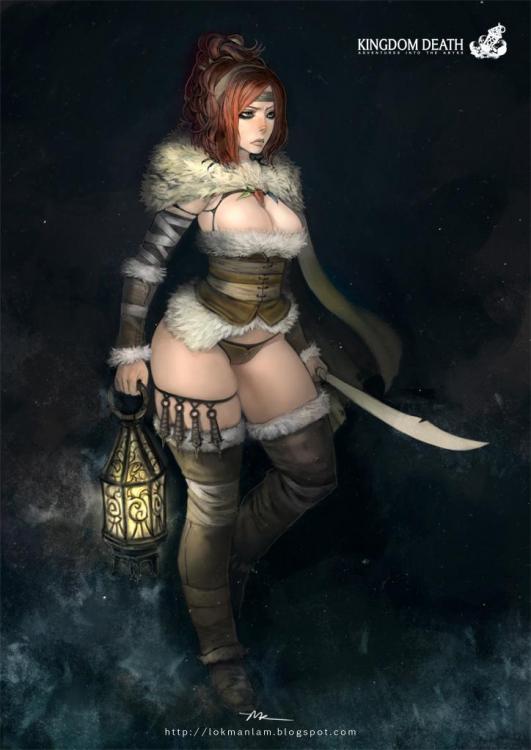 (I don’t know whether this was an original version or a pirate sculpt, as it didn’t react to the plastic glue like the normal KD:M-models did.)

So, I switched to my Förch Industrial Super Glue and had its parts stuck together in no time. 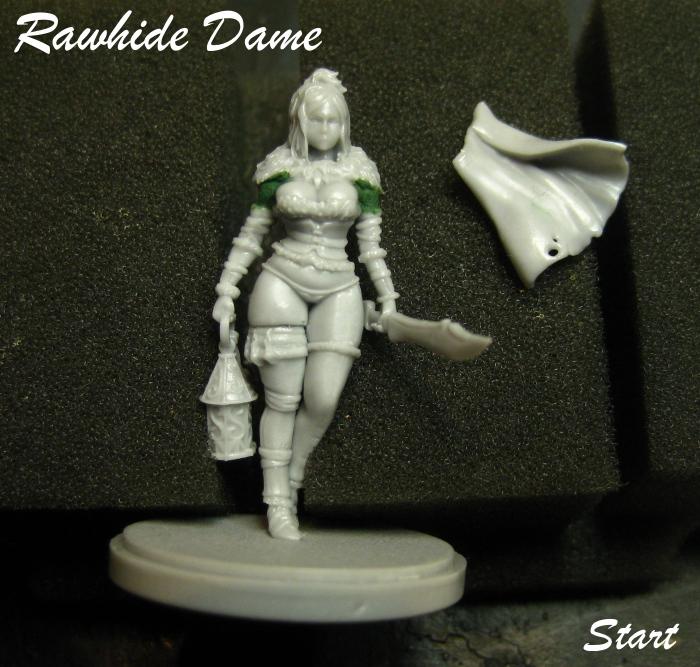 I also had to make a decision of whether I wanted to use the default flat or KD:M Face Planes bases. I had looked up already prepared models with the respective Face Planes bases and came to the conclusion that I found them too distracting when looking at the model.

So I went for the plane bases and painted a marble pattern on it, by dabbing a mix of [GW Dheneb Stone / White Scars White / Chaos Black / Fortress Grey] on it in different shades. 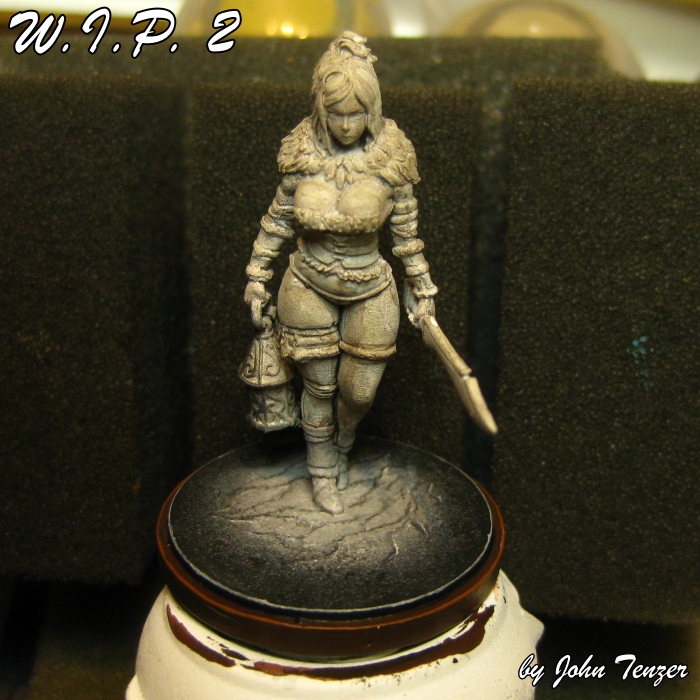 Also I basecoated the model White and inked it heavily in thinned down Armypainter [Strong Tone], which ended up in a nice rudimentary stone statue look.

Then it was on to finding the proper skin tone. I had painted quite my share of human models yet, but none with such extended areas of skin. So there’d be a new challenge to work on: 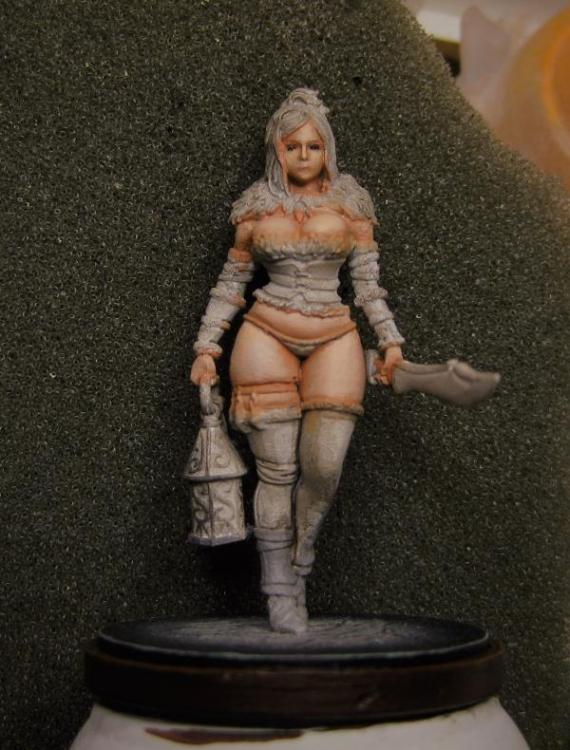 I was kinda pleased with it, although it’s tone was a bit too warm in comparison to the one on the artwork card.

Nevertheless I found out that facebook was pretty „aroused“ by it… 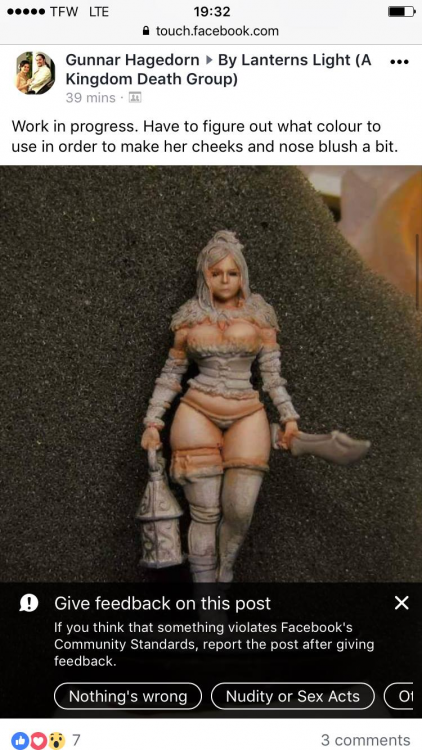 So, I probably went down the right direction. Onward to glory, then. This time with the her Rawhide leather. 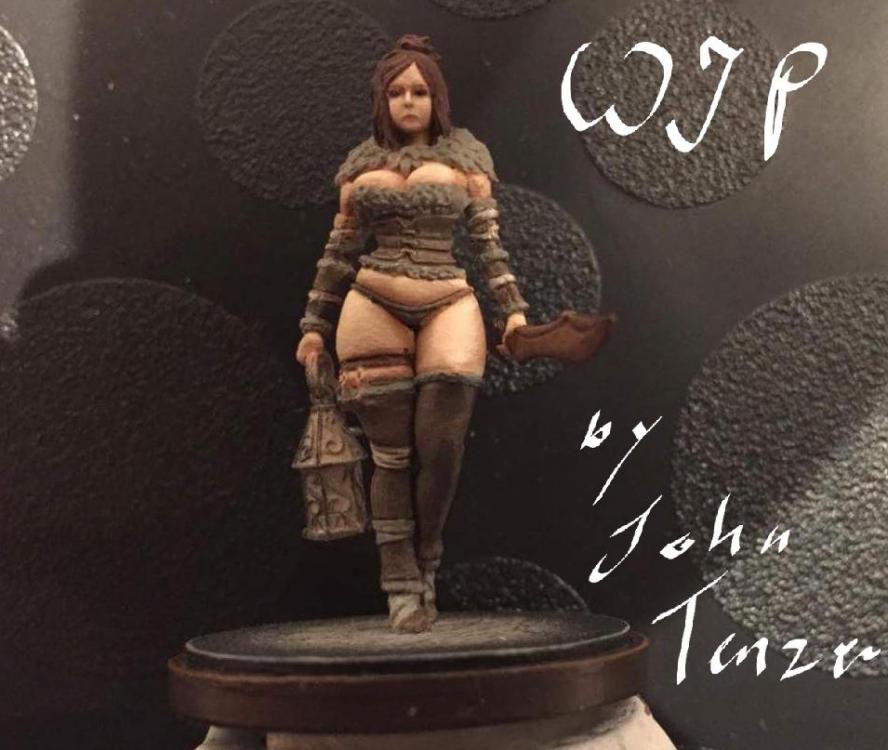 It’s taking shape, even if she might look like having some cellulite, due to the old brush I used. Bit my self in the buttocks about it. But went on… 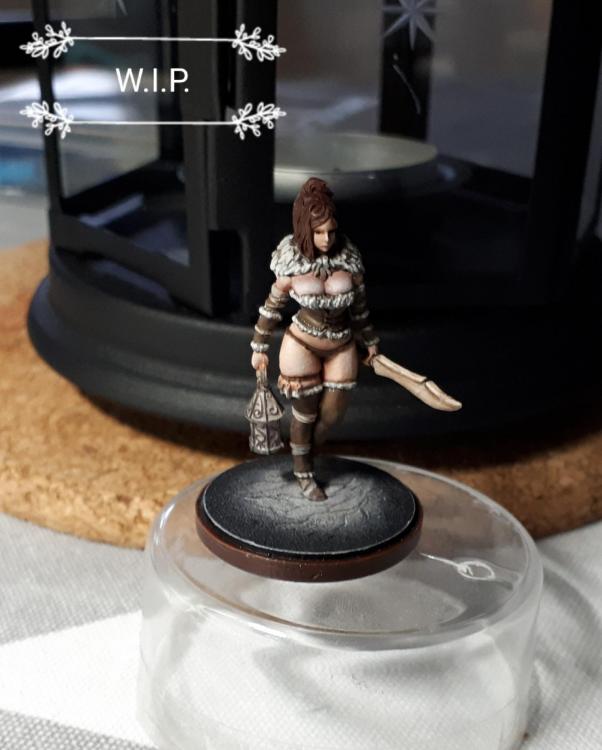 It’s a bit a blurry picture and if you are not pointed towards it you would not see the progress. In this case catching – finally – the proper skin colour:

So, now, lets move on to the head. 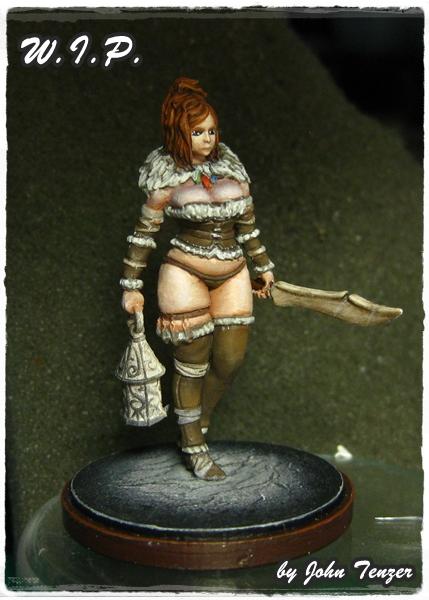 I don’t like her eyebrows. Way too bushy, so that’s an issue to work on. 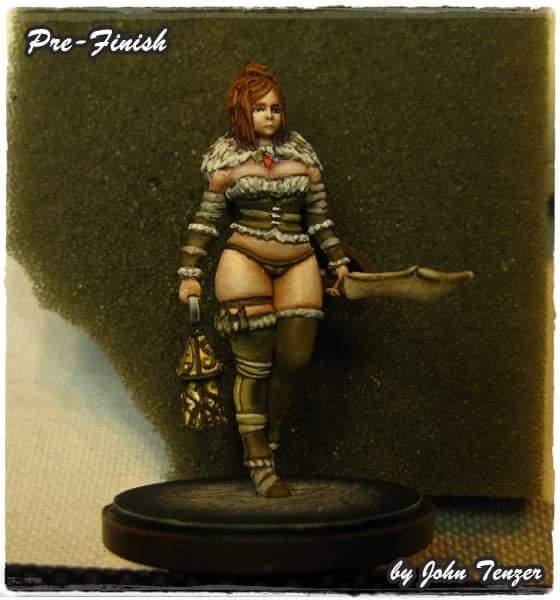 And here we are. Eyes and eyebrows teaked, skin modified and the lantern painted. OSL included, which was quite strong, but nevertheless proper, I find. A bit from the top. 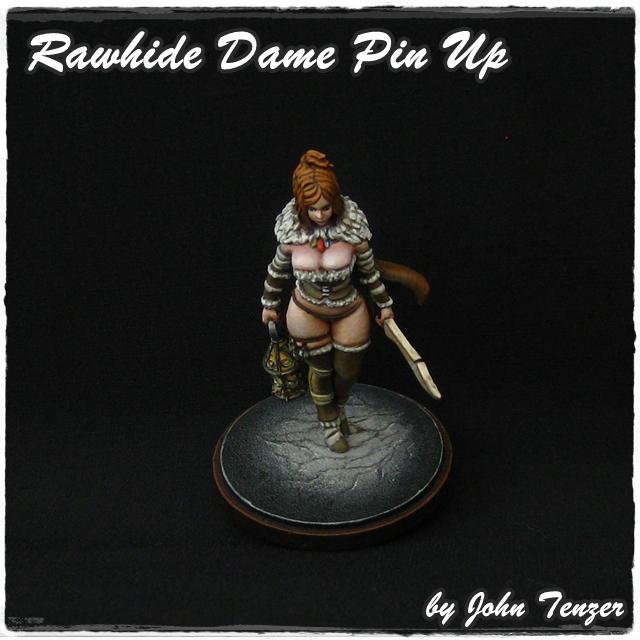 And then the final pictures from several other positions of the camera.